Caveats to the strong residential segment

Second in a series

The residential demand has been seen to stay strong across all segments, says Colliers International Philippines Research’s 2013 forecast. “The unfulfilled demand brought by the housing backlog will continue to fuel residential sales. The low-interest-rate environment also allows more homebuyers to afford their first homes.”

“The Philippines is expecting democratization in the housing sector,” said Rick Santos, CBRE chair and CEO, adding that the residential character would now move, “from a nation of renters to owners, based on low-interest rates and affordable financing schemes.”

Enrique Soriano, Ateneo program director for real estate and senior adviser for Wong+Bernstein Business Advisory, agreed. “Definitely, a robust and sustained housing market across all segments will continue in 2013. The housing backlog of more than 3 million homes will always be the biggest reason demand for housing will continue to grow.”

However, Soriano added: “A word of caution, though. The dispersal of housing projects in progressive cities outside the National Capital Region must be urgent in any developer’s strategic agenda. The prohibitive cost of land, the cost of setting up a sales force and promoting a project and engaging established players in ‘street fighting mode’ in Metro Manila is too risky for start-up and mid-sized developers.”

Soriano pointed out that property values in Iloilo, Bacolod, Cebu and Davao are still “localized” and, therefore, would continue to appeal to property players. He predicted through observation the continued growth of the retirement and wellness sector, and that the Department of Tourism and the Philippine Retirement Authority must take the lead in this sector.

Claro dG. Cordero Jr., Jones Lang LaSalle’s head for research, consulting and valuation, who told Inquirer Property that an estimated 11,200 residential units would be expected to be completed within 2013, reiterated:

“While we agree that residential demand will stay strong across all subsegments, we believe that there are also various externalities which may challenge the growth of demand over the near- to medium-term, among others: weak recovery of economies, where there is a significant concentration of overseas Filipinos (e.g. United States, key European countries); and the strengthening peso, if left unmanaged, may undermine the spending power of the dollar-earning overseas Filipinos.” Colliers International Philippines predicted the peso to appreciate further against the dollar, citing forecasts by Bank of America, Bangko Sentral ng Pilipinas, World Bank and Colliers International Research. Bank of America sees the US dollar ending up in the P39 range in 2013. Metrobank also predicted the further strengthening of the peso to around P38 to P39 to a dollar. “Exporters and overseas Filipinos may be further put at a disadvantage,” cautioned Colliers. World Bank said, “Money transfers from overseas Filipinos will hit a record high of $24 billion this year to cope with the rising peso.”

Soriano said: “With the economy moving forward and our international reserves at comfortable levels, a ‘culture of dependence’ on remittances should now be a thing of the past. Less dependence will favor the property sector as developers will be less vulnerable to global shockwaves.” Growth driver

Still, Colliers International Philippines said “the growth opportunities lie in second- and third-tier cities with a high overseas Filipino emigrant population. The organization also sees the strong take-up of high-end residential will continue as the economy grows. Vacancies for luxury rentals will remain stable between 5 and 6 percent.”

It continued, “The expat market will grow and remain a major growth driver for premium residences. Alien employment permits are seen to grow by 8 percent, fueling demand for high-end properties.” Taking the cue from the pronouncements of the BSP and the Institute for Development and Econometric Analysis Prof. Ernesto Pernia, Colliers also sees overseas Filipino remittances to continue its upward trend, albeit at a slower rate, with a minimum growth of 5.0 to 5.5 percent. IDEA said, in particular, that remittances from major sources would remain buoyant, but not from Europe and UK. These remittances, Colliers said, would continue to “spur housing purchases.”

Soriano pinpointed one survey showing OFs’ pattern of investments. The survey indicates the purchase of a house or a condo is a close second to education. 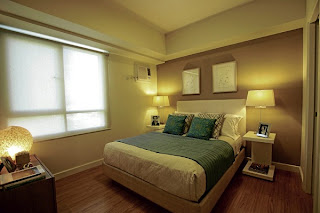 CBRE Philippines said an increased disposable income of the mid-income segment will drive demand for residential housing developments, adding that an empowered consumer-based economy would continue to fuel retail developments in the country.

It added that bank lending rates are still on the downward trajectory, sustaining the liquidity in the financial system. The demand in the residential sector would remain strong due to the increasing affordability of funds for housing acquisitions. The liquidity in the market enables developers to provide more affordable payment terms to buyers. The low cost of borrowing would likewise spur development expansions in the residential/housing industry.

source: Philippine Daily Inquirer
For Inquiries or to schedule a viewing, Contact us to day!
info@grovebyrockwell.com +63917 813 2871